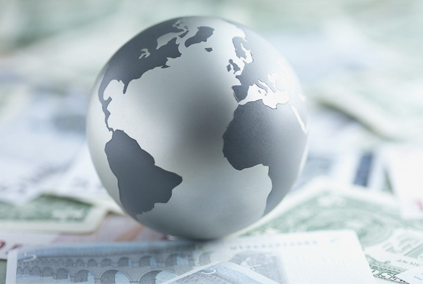 8 de May de 2017 In News By Institucional Manucci

On January 30, 2017, the Resolution 4,533 of the Central Bank of Brazil entered into force, which amended the rules for registration of direct foreign investment, applicable to all foreign investors (individuals or corporations) – or for those who do not have tax residence in Brazil – who have interest in the capital of the Brazilian company. In addition, foreign companies authorized to operate in Brazil, which have outstanding capital for this, must also submit those operations to the Central Bank registry.

Among the changes made, it is worth highlighting the automation of some procedures (which requires more attention from the declarant) related to the direct investment by remittance of funds and increasing the responsibility of the Brazilian company (receiver of the investment) in the making of the respective declarations.

In addition, in order to reduce bureaucracy of the process and facilitate its control, important procedural changes were brought, such as: (i) the parties will no longer be identified by the CADEMP code, but by the CNPJ or CPF; (Ii) records of foreign direct investments will be made through a web platform, and not more on the DOS platform as they were carried out before.

The transactions that will be automatically registered in the RDE-IED module, based on the information contained in the respective foreign exchange contracts, are: (i) currency inflow; (ii) conversion of amounts into direct investment; (iii) transfers between modalities; (iv) international share conference; (v) and remittance abroad of dividends or interest on capital, or return of capital.

Thus, the following operations that are performed by mechanisms other than foreign exchange contracts remain registered manually: (i) entry of assets for payment of capital; (ii) corporate reorganizations involving Brazilian companies that have a foreign partner; (iii) transfer of shares owned by the foreign partner to another Brazilian company, for the capital of the receiving company; (iv) reinvestments (capitalization of profits, dividends or interest on capital); (v) and dividends, interest on own capital, sale of interest and repayment of capital paid in Brazil or directly abroad.

The receiving companies in Brazil should pay attention to the fact that they now have the sole responsibility for the Electronic Declaratory Registration (RDE) Foreign Investment, being liable for the truthfulness, legality and economic basis of the declarations.

In addition, it will now be mandatory for companies receiving foreign direct investment to periodically make economic-financial statements to the Central Bank, at different intervals, depending on the volume of investments.

– 1st annual declaration until June 30, with data base of March 31;

– 2nd annual declaration until September 30, with data base of June 30;

– 3rd annual declaration until December 31, with data base of September 30;

– 4th annual declaration by March 31 of the following year, with a data base of December 31.

It is also worth mentioning that due to the new regulations, there will be no record of profit distribution and interest on equity in cases of payments with remittances abroad, and only the cases of distribution will be recorded when the value is received By the foreign investor is made directly abroad or in Brazil, or in cases of reapplication of securities in Brazil.

Thus, the changes made reflect the intention of the National Monetary Council to de-bureaucratize foreign capital registers with a view to encouraging foreign investment in Brazil without losing control of operations by the Central Bank.